Time series and event data is becoming huge for every business — in terms of volume, and importance of deriving real-time insights. In this talk I share the story of developing and productionizing FiloDB, an open source time series solution built with the Scala, Akka, Kafka, and Cassandra reactive stack.  I will share how our solution fits into the real-time, time series world and what works and doesn't work with Akka and Akka Cluster at scale and in production.  What are the benefits and challenges of off-heap, in-memory data processing at scale?  How does one implement persistent, recoverable data at scale with Kafka and Cassandra? 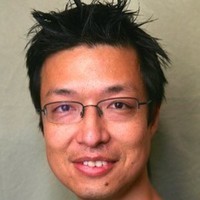 Evan is currently Senior Data Engineer at UrbanLogiq, where he is using Rust, among other tools, in building robust data platforms to help public servants build better communities. Evan has been a distributed systems / data / software engineer for twenty years. He led a team developing FiloDB, an open source (github.com/filodb/FiloDB) distributed time series database that can process a million records per second PER NODE and simultaneously answer a large number of concurrent queries per second. He has architected, developed, and productionized large scale data and telemetry systems at companies including Apple, and loves solving the most challenging technical problems at both large and small scales, from advanced custom data structures to distributed coordination. Evan has spoken at many conferences for the last 8 years, including Spark Summit, Strata, Scale by the Bay, and keynoting at Reactive Summit. A full list of talks can be found at https://velvia.github.io/about.